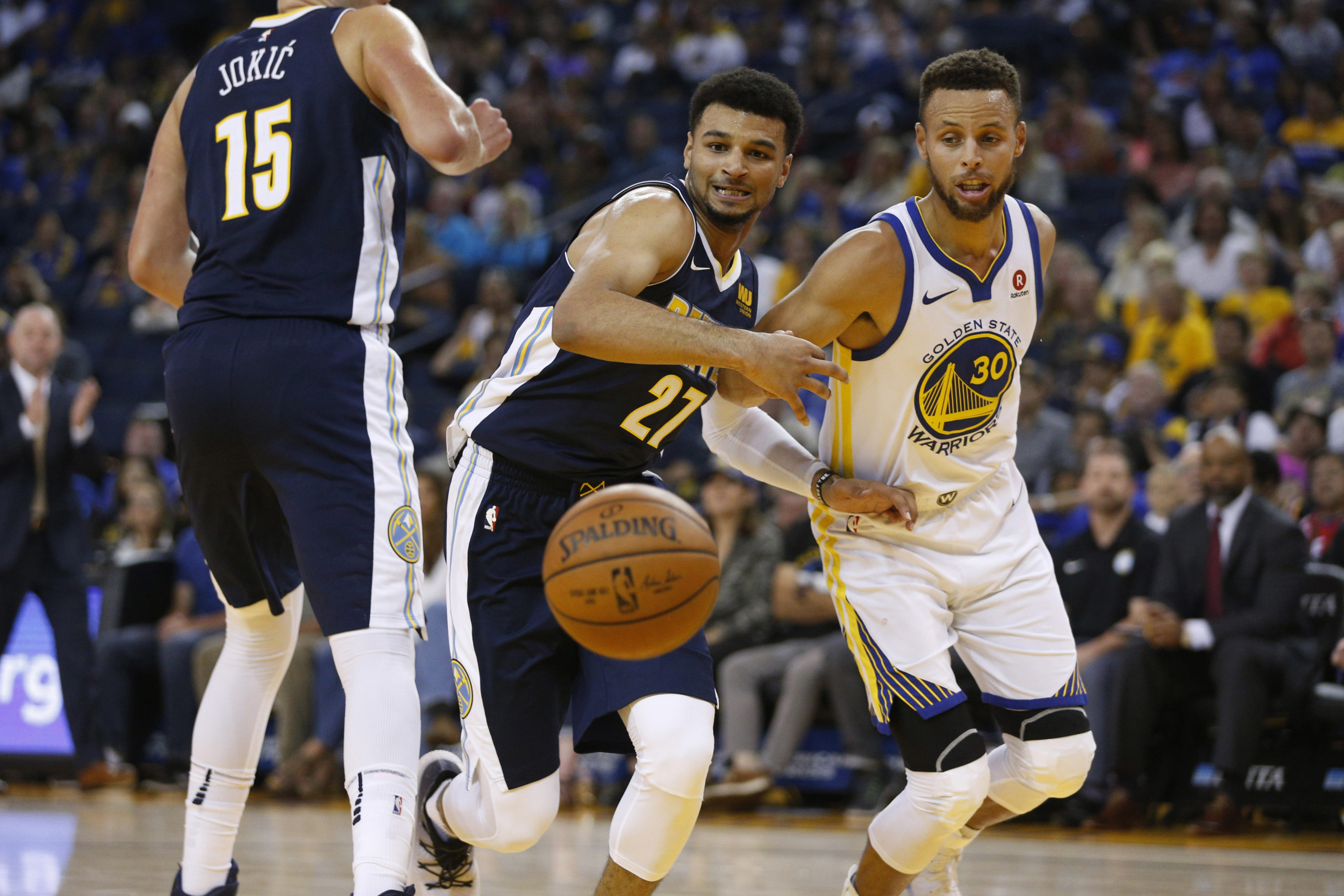 OAKLAND, Calif. — Jamal Murray is not one who usually spills his deepest opinions or critically thought out philosophies after a game, let alone a loss. The mild-mannered 20-year-old always keeps his postgame comments short and sweet rarely breaking character or form.

But after he dressed, put in a set of AirPods and got ready to board the Nuggets’ team bus and head back to Denver late Monday night, Murray shed some light on a postgame conversation he had with someone he says is his favorite player in the league.

Murray and two-time Most Valuable Player Stephen Curry spoke for a good 30 seconds after Denver’s 124-114 loss and exchanged a few laughs before both point guards parted ways and walked back to their respected locker rooms.

“That’s my favorite player, man,” Murray said as his postgame scowl gradually turned into a wide-eyes grin. “That was special. I’m in the league and they’re competition but I grew up watching him and my dad watched his dad and we used to watch him together. It’s just crazy to play against him and match up with him and getting to talk to my favorite player and guard him. I just wanted to tell him it was a great game and I hope to see him again.”

It’s just his second season and comparing him to an all-time great is obviously premature, as Nuggets coach Michael Malone said ahead of tonight’s game. But there are obvious parallels between the two players’ games.

The two play point guard and are both gifted shooters. Curry is, of course, the greatest shooter the game has ever seen while Murray is still a young pup. Although in his second season Murray is slowly growing into the lofty expectations as a shooter that were placed on him coming out of the draft and the University of Kentucky. Both Curry and Murray possess the rare playmaking gene that’s coveted by many but attainable by few.

After suffering through a 2-21 shooting slump from three to start the year and a similar 2-22 drought in late-November, Murray is converting on 36.4 percent of his threes this season. He shot 46.4 percent from downtown in December and has stayed in that zone in 2018. He’s 12-27 (44.4 percent) from three across four games in January.

Murray faired well in his latest matchup against Curry too. After scoring 14 points on 4-10 shooting in 26 minutes in Denver’s win over Golden State back on Dec. 23,  Murray poured in 21 points at Oracle Arena this time around. He shot only 8-22 from the field but also registered six assists in the defeat.

In three matchups against the Warriors last season, Murray averaged 11.0 points and 4.3 assists per game.

“He just told me everytime he sees me I keep getting better,” Murray said. “I hope that continues and I’m only going to prepare for that matchup even more next times. He’s hard to guard but it was a lot of fun to be that locked in. You can’t be lazy against him, you got to be locked in. And I play a lot better defense when I’m locked in like that.”

Murray said that even though he’s played against Curry five times over the past two seasons, it’s still surreal when he goes toe-to-toe with one of his idols.

“It’s like watching film but it’s like watching the game, like when I was a kid,” Murray continued. “I look up to that guy as a player and he’s someone that I aspire to be and hopefully, we’ll match up a lot more times in the future.”

Ironically enough, the Nuggets pattern themselves after the Warriors in a way. No team can emulate Curry and Klay Thompson’s shooting, Draymond Green’s defense and Kevin Durant’s two-way ability. But Denver’s core—which like the Warriors’ was built through the draft—and their free-flowing offense gives off faint Warriors’ vibes.

Like Murray hopes, the two point guards will undoubtedly see a lot of each other in the future. The Nuggets and Warriors are scheduled to face off one more time this season. Maybe they’ll meet again in a first-round playoff series come April.

Harrison Wind is the Denver Nuggets beat reporter for DNVR Nuggets. The University of Colorado alum grew up in Boulder and has covered the Nuggets for the last three seasons. You can hear him every weekday on the DNVR Nuggets podcast. Follow Harrison on Twitter - @HarrisonWind 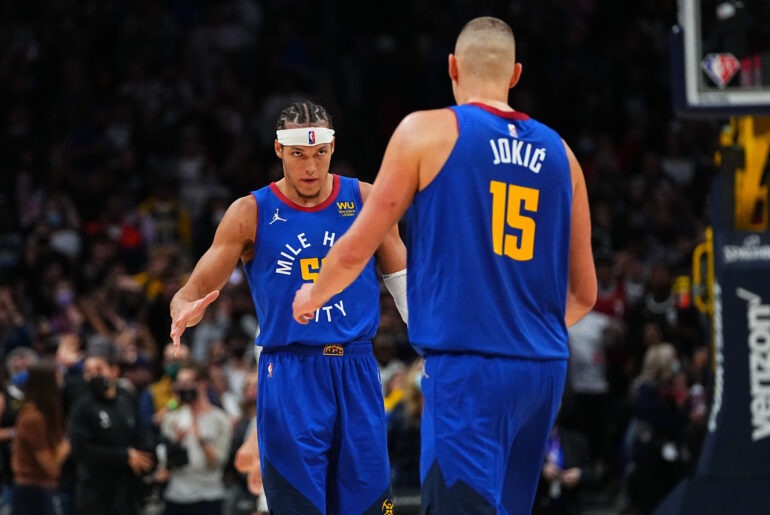 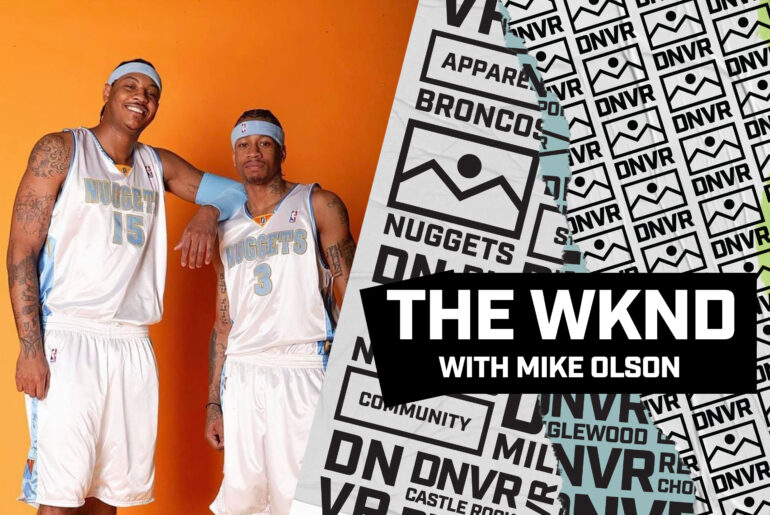 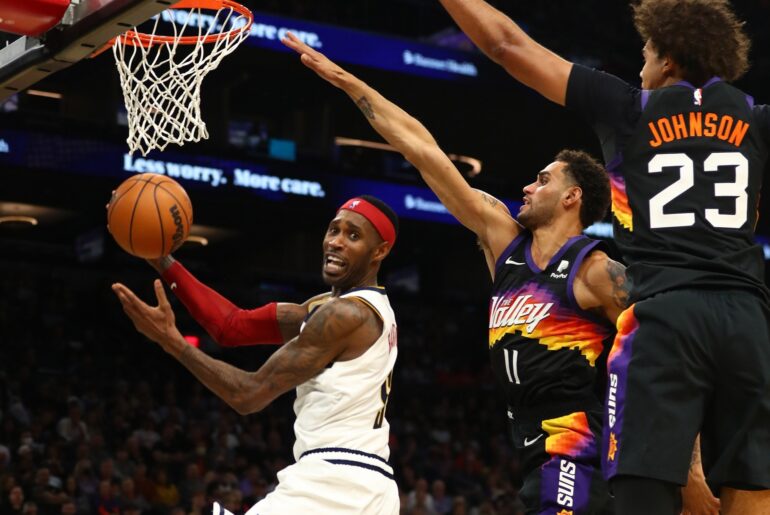 Will Barton goes vintage: How the do-it-all guard ignited the Nuggets’ bench in Phoenix