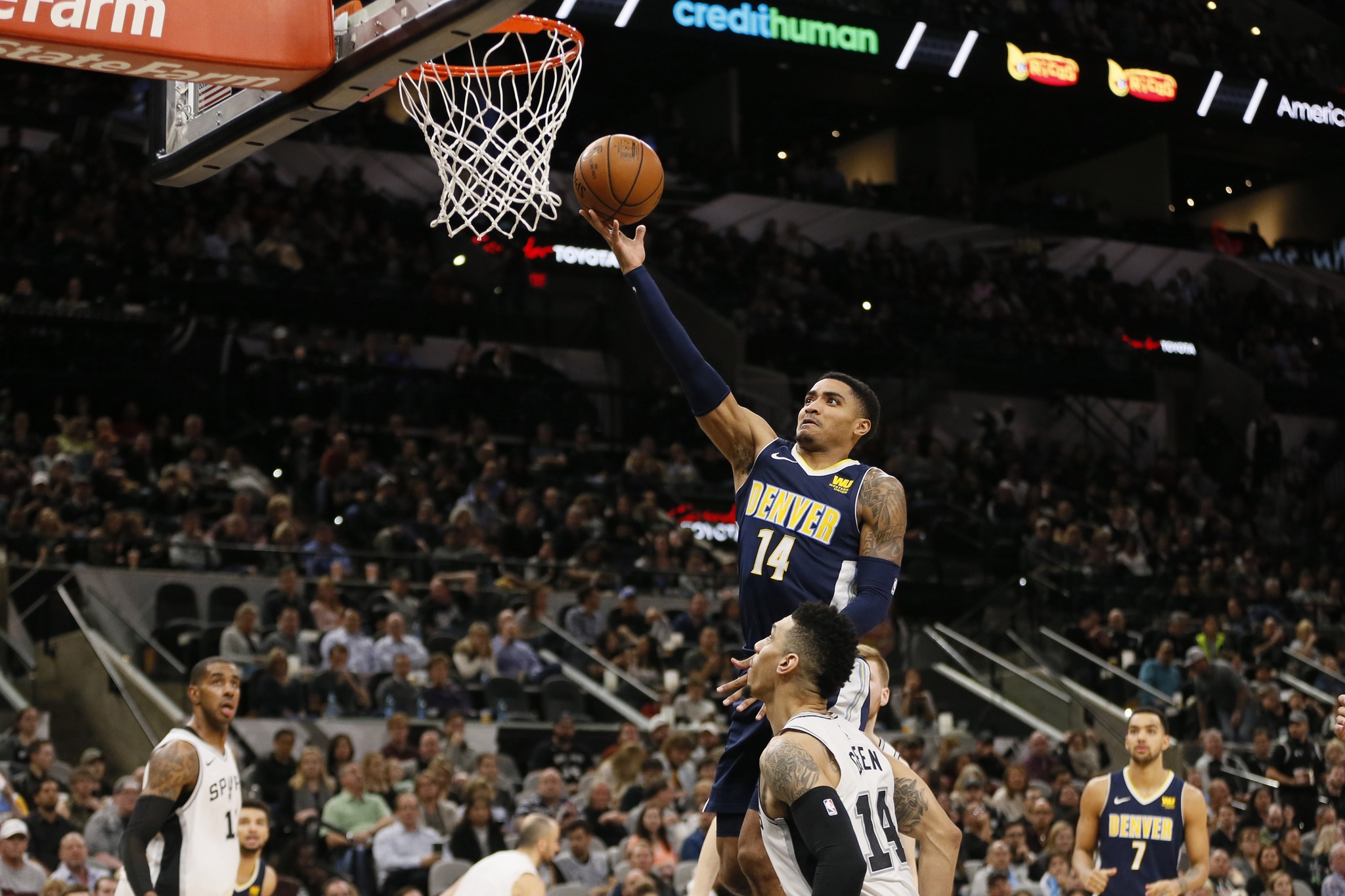 Gary Harris is one of the NBA’s best finishers, so why do his teammates roast him for that part of his game?

In many ways, a Gary Harris drive and finish at the rim resembles the way a carpenter strikes a nail.

First, there’s speed — the initial motion that serves as a setup. Then comes power. Finally, blunt force is applied. There’s no wasted motion in either process.

That powerful style is what makes Harris one of the best finishers in the game. The Nuggets’ 23-year-old shooting guard has converted 69 percent of his attempts around the rim this season, which Cleaning the Glass defines as any shot within 4 feet of the basket. That puts him in the 91st percentile of all NBA players. But what makes Harris so effective around the basket also gets him roasted by one of his teammates.

“Gary Harris dunks like a 1970’s big man,” Richard Jefferson said on a recent episode of the Road Trippin’ Podcast. “He jumps out of the gym but never catches no bodies. How do you not catch bodies?”

Jefferson, 37, is now in his 17th NBA season. He was an excellent dunker in his prime, and over the years he’s played alongside some of the game’s best finishers, including LeBron James in Cleveland. It’s rare, Jefferson said Tuesday at shootaround, to see a player as athletic as Harris whose finishes around the rim are so bland.

“He’s so athletic. He’s a great finisher. But some of his dunks, they lack a little pizzaz,” Jefferson said. “He doesn’t have no sexy to his game. You don’t see too many guys who are that athletic with no sexy.”

Jefferson likes to needle his teammates to keep the mood light, but there’s a kernel of truth to his comments. Harris has attempted 38 dunks this season, and he’s converted 37 of them. On many of them, it looks as if Harris could’ve thrown it down with more ferocity.

Harris indeed has a football background. He was a two-sport star growing up in Fishers, Indiana. As a senior, he hauled in 13 touchdown passes. Later that year, he went on to win Indiana’s prestigious Mr. Basketball award for his accomplishments on the hardwood.

Both Jefferson and Nuggets coach Michael Malone believe Harris’ finishing style is related to his days as star wide receiver.

“I think you have to remember that he is a former All-American high school football player,” Malone said in January after Harris went 9 for 10 on shots at the rim in a win over the Phoenix Suns. “He could’ve gone anywhere in the country to play football. He’s not going to shy away from contact. He’s a tremendous athlete. And he’s got really big hands. He’s able to absorb the hit and still finish. His finishing — when he gets going to his right hand downhill, good things usually happen.”

“I think you just need guys like that every day to keep you on your toes,” Harris said. “Nothing impresses R.J. Hopefully one day I can impress him. Until then, I’ll keep trying.”

When Harris feels like he unleashes an impressive dunk, he’ll often look for Jefferson on the Nuggets’ bench to let him know about it.

“He’s done some dunks and looked over at the bench like, ‘You happy? You like that one?’” Jefferson said. “A lot of times as players, we just keep pushing each other. That’s me just pushing him. He’s approaching his athletic prime. Typically, your athletic prime is somewhere between 23 and 27 because that’s when your body has adapted. It’s physically as strong as you’re gonna be. After 27, you start to decline a little bit. In his prime, he’s got to catch as many bodies as he can.” 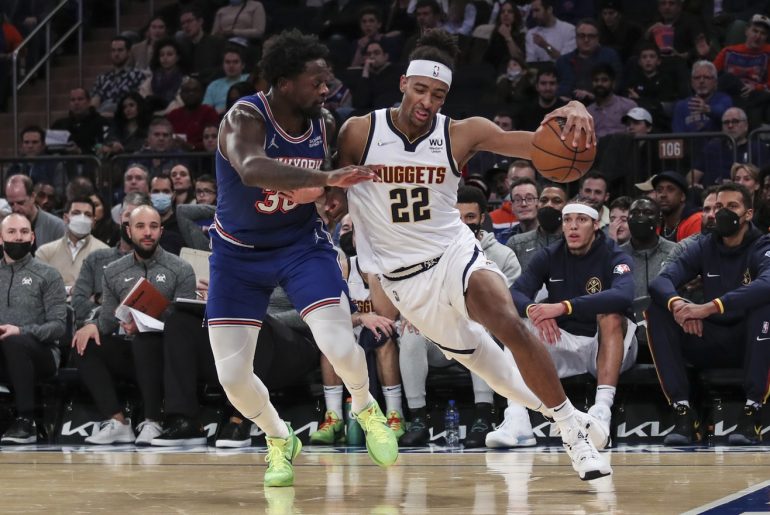 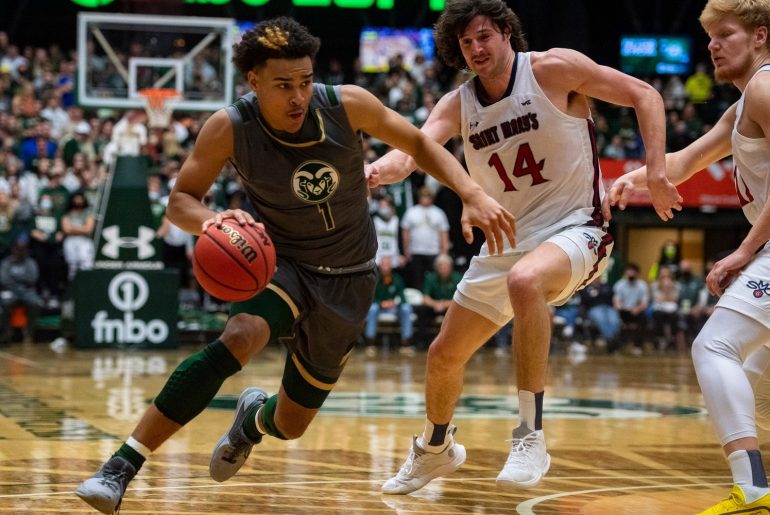 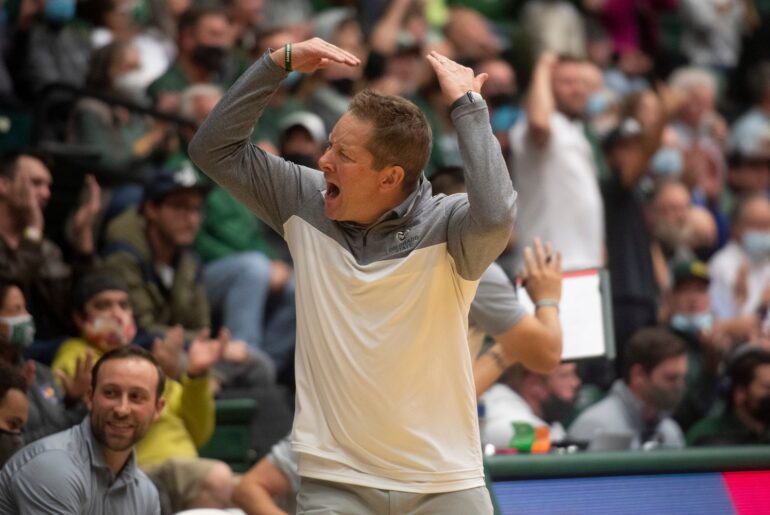